Times gone by of the local land

We hope that each of our travelers want to know a Kyrgyzstan's foundation. There are many different processes in history which will be interesting for you. As you know Kyrgyzstan was nomadic country. It means that we moved from one place to another every season.

The history of Kyrgyzstan covers periods from ancient petroglyphs to the Great Silk Road, from the Soviet Union to the country's independence. Kyrgyzstan has long been a historically important point in the center of Asia, as it was located at the confluence of trade routes and empires. Located right between the Chinese, Persian, Arab, Indian, Turkic and Russian empires, the land that today forms Kyrgyzstan has changed the history of many peoples, religions, cultures and travelers. During tours you will learn more detailed. It also would be quite with our car rent service.

Central Asia and the areas around the Tien Shan have been inhabited for thousands of years, as evidenced by petroglyphs and numerous archaeological finds. The city of Osh in southern Kyrgyzstan is one of the oldest settlements in Central Asia and has been known since ancient times. Some of the early settlers were nomadic pagans who practiced Tengrism, an ancient monotheistic religion centered around nature. Before the Battle of Talas, between the Chinese Tang Dynasty and the Arab Abbasid caliphate in 751 AD, Central Asia was mostly Buddhist territory, although of course other religions and cultures were present, coming along with the travelers and merchants of the Great Silk Road. During tours you will see all these wonderful places. The battle of Talas was a turning point, after which Islam became the dominant religion and began to have a huge impact on the region as a whole. The Karakhanids were one of the earliest Muslim dynasties, and they brought many ancient Turkic elements to Islam. The Karakhanids were in power from the 9th to the 11th centuries, during which time they built the Burana tower (all that remains today of the capital of their Empire, Balasagun) and mausoleums in Uzgen.

Since the 13th century, when Asia was subjected to the Mongol conquest, the people who became the ancestors of today's ethnic Kyrgyz moved from the territory of the Siberian Yenisei river to the Tien Shan. The Tien Shan remained under Mongol control for several hundred years, and was ruled by Kalmyks, Oirats, and Dzungars, among others.

In the 18th century, the Qing Dynasty in China reached its greatest size, and the Oirats became a vassal state. With the emergence of the Kokand Khanate in the early 1700s, Kyrgyzstan came under the rule of its rulers. The history of Kyrgyzstan records that during this time the region was an important point for travelers on the Silk Road crossing Asia. Today, tourists can see with their own eyes Tash Rabat-a stone caravanserai of the 15th century in Naryn. The languages and cultures of many countries, thanks to merchants and travelers traveling through the territory of present-day Kyrgyzstan, have had a significant impact on the people living in this area.

Central Asia was the most important trophy of the Great Game of Imperial Expansion in the 1800s, played between Russia in the north and Great Britain in the south. At this time, the influence of the Kokand Khanate weakened, so that the small rulers in the regions received much more power. When the ruler of Alai (southern Kyrgyzstan), Alimbek Datka, was killed in a palace coup, his wife, Kurmanjan, became the new leader of the territory in 1862. In 1867, the Alai region was annexed by the Russian Empire, and Kurmanjan contributed to the peaceful resolution of this issue. The 2014 film tells about the life of Kurmanjan, which is now considered an important part of the history of Kyrgyzstan.

From 1867 to 1918, Kyrgyzstan was part of the Russian Empire as part of the Turkestan General Government. Turkestan remained a colonial outpost for a long time, rather isolated from the capital in St. Petersburg, but the advent of railways at the turn of the 20th century contributed to the emergence of a large number of Russian settlers who occupied and used the already limited land and water resources. This led to the Basmachi uprising in 1916, and then to harsh repression. Many Uzbeks, Kazakhs, and Kyrgyz fled across the border to China after the 1916 uprising, as well as the violent arrival of the Communist party in 1918.

After the creation of the Soviet Union in 1917, Turkestan was divided into regions along ethnic lines. Since some were nomads and others identified with religion, city, or profession rather than ethnicity, it was problematic to establish boundaries, and many peoples found themselves outside their titular nation (which is why so many Uzbeks live in southern Kyrgyzstan today). In 1924, the Kara-Kirghiz Autonomous Region was established, and in 1926 it was replaced by the Kirghiz Autonomous Socialist Soviet Republic. Both of these bodies were part of the Russian socialist Federative Soviet Republic. In 1936, the Kyrgyz Soviet socialist Republic was established, governed by the Kyrgyz branch of the Communist party from the capital in Frunze, now Bishkek. One of the most prominent figures from Soviet Kyrgyzstan was Chingiz Aitmatov, a well-known politician, diplomat and writer.

On August 31, 1991, the Republic of Kyrgyzstan declared independence from the Soviet Union. President since 1990, Askar Akayev became President of the new Republic and remained in office until the Tulip Revolution in 2005. Politics remained unstable until protests in 2010 led to the ouster of Bakiyev, who replaced Akayev. Tensions flared as ethnic violence broke out between Kyrgyz and Uzbeks in Osh, recalling similar riots that broke out in Osh in 1990. Roza Otunbayeva became interim President in April 2010, as well as one of the few female leaders in the Muslim-majority country. She also became the first Kyrgyz leader to hand over power peacefully, following the 2011 elections that led to the presidency of Almazbek Atambayev. Since then, Kyrgyzstan has remained relatively stable in 2014 and 2016, and even hosted two world nomad games festivals.

As you read, Kyrgyzstan is a tiny country with big history. You will not stay indifferent after tours along its territory. Do not forget about our car rent service. 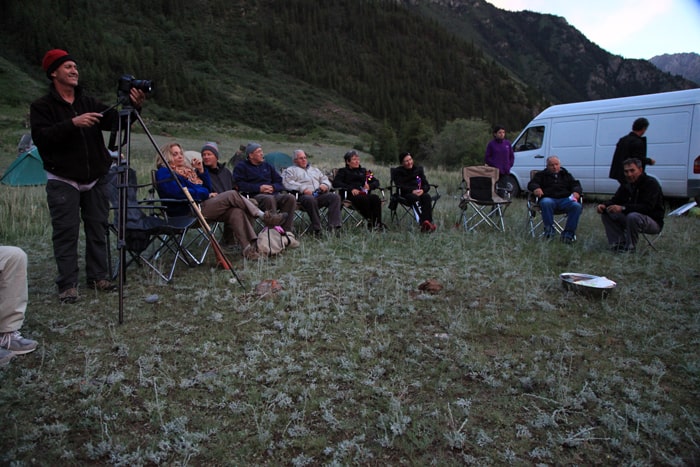