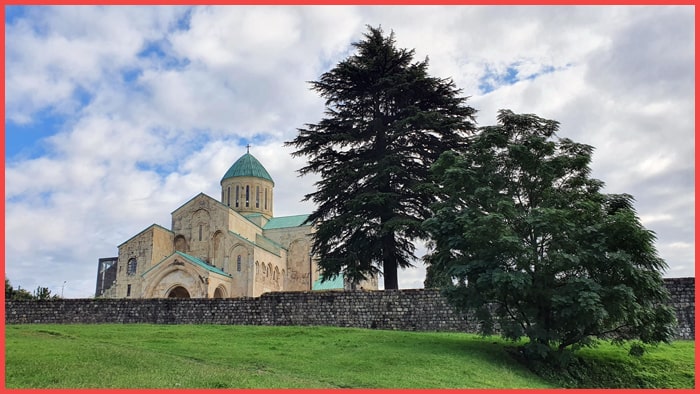 Day 1: Tbilisi
As the tour made here is oriented on the investigation of all the best sites, we are glad to meet you in the main Tbilisi International airport of the capital and take to the very center of it. It means guests have a drive along Tbilisi, the capital of the country. Being here we recommend visiting of the main church of Georgian Orthodox Church, identified as one of the highest ones. Then the trip is made to seeing of the district of Metekhi and the Assumption Church, both showing great historical significance. It goes without saying that the group need to view the Rike Park and the modern Bridge of Peace, with then viewing the Narikala fortress. Making an end of the day, we arrive for the Botanical Garden, where fantastic waterfall is placed. Right here everyone is able to get to see the whole bath complex (XVII-XIX cc.), expressing the great significance of sulfur springs. Later, you are walking along the Lively Shardeni street and the Sioni Cathedral, with then having night in the local hotel.

Day 2: Tbilisi - Kakheti - Telavi
Early in the morning today we get to Kakheti, or the most charming region of the country, as well as the most significant from the point of view of wines creation. At the same time for the next destination we get to see the Telavi center, being the heart of nature and life of Georgia. Here perfect wine is produced. Following the tour then, the main Tsinandali estate, of the local royal family Chavchavadze is visited. It is famous for the cellars of wines, along with fantastic views of the mazes. Here collections of Europe and the country are seen, as well as then the excursion along the Batonis Tsikhe Fortress is organized. Here we get closer to Khareba winery, where wine can be taken for degustation. By the way, here you are able to visit the master class and view the way of national bread shoti creation. Night is taken in the hotel.

Day 3: Telavi - Signaghi - Tbilisi
Having the investigation of the land along the land, it is highly important to get to see the location of Signaghi. It is identified as one of the smallest towns of the country, which is full of love along with charming views of ancient architecture. Little later you have a chance to travel along Bodbe Monastery, where the main apostle of the country, saint Nino is buried. There is even the spring under the name of "Nino's water", also identified as a saint one, able to heal. Concerning the conclusion of the day, it is going to be made to David Gareja a rock-hewn monastery construction which was created in the 6th century. The one who created it was St. David Garejeli, one of the thirteen Assyrian fathers. Night is ordered in the hotel of the city.

Day 4: Tbilisi - Gudauri - Tbilisi
We are going to start the tour to Ananuri medieval fortress of Georgia, located right on the coast of the Zhinvali reservoir. It is identified as one of the most ancient but exquisite creations of the country. It is also known to be sued as the fort in the times of wars. We are getting to the height of 3000m, to the resort town Gudauri. In present days visitors can go skiing, hiking and other activities here due to the altitudes. There will be a stop for guests at Sour Waters of Vedza for them to view the fantastic Stepantsminda settlement. It is found at the Mount Kazbek, of 2170m. And at the top of the mountain, the old Gergeti Trinity Church can seen. Being here means to view the beauties of the hieghts as well as getting historical ideas of Gergeti history. Hotel is taken for the night.

Day 5: Tbilisi - Mtskheta - Kutaisi
We are going to get to one of the most historical locations of the country, Mtskheta. It is based at the joining of the Aragvi and Mtkvari rivers. For the next site of the country guests are getting acquainted with Jvari Monastery and Svetitskhoveli Cathedral. Jvari Monastery is known as the church of main meaning, being created in the 11th century. Our company is ready to give the excursion along the wine company Chateau Mukhrani, and find out secrets of wine creation. Being here make a notice of cellars with wines. At the same time our visitors will be told stories and historical facts of the main royal family. Driving to Kutaisi, night is taken in the hotel.

Day 6: Kutaisi - Martvili Canyon - Kinchkh Waterfall - Prometheus Cave - Kutaisi
Today you will be surely amazed as the tour is made almost to the main treasure of Georgia, Martvili Canyon. It is based in the region Megrelia, being here for many thousands of years and that is why there was the creation of the gorge with a length of 2,400 m and depth of 40m. Usually guests coming here make photos against these amazing views. One more opportunity can be taken with the boat journey as well as then the trip to the other important part of the country, Okatse Canyon. It shows us the greatest waterfall Kinchkha. Along the way, boarders witness the Prometheus Cave located, which can be reached along the way of 20km. Just imagine, here there are stalactites and stalagmites, underground rivers, it is so fantastic! For night we return back to Kutaisi, to the local hotel.

Day 7: Kutaisi - Borjomi
Our morning is going to start with the visiting of the most historical location, and for this the surrounding of Kutaisi is going to be investigated. For the first location here you are going to view the UNESCO object Gelati Monastery, also being the symbol of the Golden Age. Further the way is aimed at the driving trip to the Motsameta Monastery, being placed at the River Tskhaltsitela-Red River.  Being the main temple of the country, it is identified as the main complex being placed almost on the cliff. And in the end of the day the trip is made to Borjomi, spa of natural location, also identified as curative mineral waters. Night is prepared in the hotel.

Day 8: Borjomi - Vardzia - Uplistsikhe - Tbilisi
Boarders have breakfast in the hotel and start to Vardzia at once. It is known to be the location of great historical significance and great cultural meaning, being the location of nuns. After it, the photo stop is organized, and guests are able to capture the greatness of Khertvisi Fortress (X century), with then being taken to Vardzia. This is the system of caves, being rather unique here. The times of the cave turn out to be of the Golden Age (XII-XIII centuries). It is required to be known that in the ancient times this site was the saving one for the people in flight. As getting to Rabati Castle, we turn out to be at the Akhaltsikhe ancient location, being created about the 13th century. Here there are many medieval castles, towers and churches. At last the return to the capital is organized and visitants arrive for the cave town Uplistsikhe, depicting culture of the country. Night is ordered in the hotel.

Day 9: Tbilisi - Airport
In the morning you will be removed to airport.