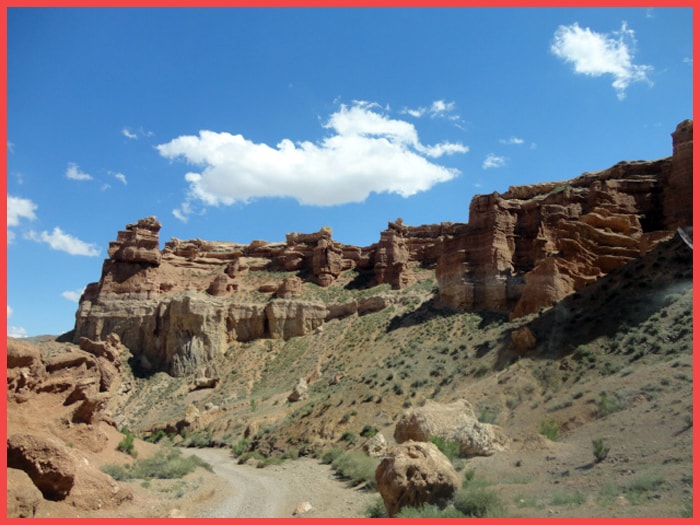 Day 1: Almaty - Shymkent
On coming to Almaty, the members of our company take you right from the airport to Shymkent. This is the site which stands right at the cross of the Great Silk Road. And the road to it takes about 4 hours. We can say that it is the ancient place, which was passed by the ones going to Otar, Turkestan, Syganak, Sauran. And basically Shymkent is famous for its modern view but business streets. At the same time the guests are usually offered to see Memory Alley in Park named after Sh. Kaldayakov, Monument "Jer An", Ordabasy Square, Park "20th Anniversary of Independence of the Republic of Kazakhstan", Museum of political repression victims, Obelisk of Glory, Walk of Fame, Eternal Fire to the fallen in the Second World War, Arboretum. Anyway you will not regret.

Day 2: Shymkent - Turkestan - Shymkent
This day is going to be aimed at the way to the ancient city, of 500 AD emergence - Turkestan. This is the location which used to stay at the cross of the Great Silk Road, when the people were going from Samarkand, Bukhara and Khiva to northern Kazakhstan. At the same time it is the famous, well-known city which tends to be the center of politic and spiritual life. It is said that Sufi sheikh and philosopher Khoja Ahmed Yasawi brought reputation at the international level to Turkestan. After his death the people set the mausoleum in his honor. Being in a trip you can travel and listen to legends of the place told by our guides. The sites greatly offered for visiting - "Azret-Sultan" historical and architectural complex, Mausoleum of Khoja Ahmed Yasawi, Turkestan ancient settlement, Necropolis, Hammam, Hilvet underground mosque. The night will be organized in the hotel.

Day 3: Shymkent - Almaty
This day will be devoted to the way to airport, for coming back to Almaty. We would like to show you the city, so the city tour will take about 6 hours of the day. During this trip it is possible to listen to legends and myths along with true facts proved by the locals. Then the visitants get to the Green Bazaar, the bazaar famous for peculiar national goods. Being here it is better to bargain in order to get the lower prices. The trip is taken along the sites as - Panfilov Park and Zenkov Cathedral, Memorial of Glory and Eternal Flame, Medeo Gorge, and of course Kok-Tobe hill where the panoramic view is open. The night is spent in the hotel.

Day 4: Almaty - Issyk
From the southern capital of Kazakhstan the boarders are taken to the Issyk Gorge, or the most magnificent gorge of Trans-Ili Alatau. The road to it takes about 7 hours. It is known that the road to it is set along the Kuldja tract where the burials sets of the Saka period are located. Today we can conclude for the "Golden Man" monument to be the symbol of the country. At this territory there is State Historical and Cultural Museum-Reserve "ISSYK", where most of the copies of monuments and weapons, equipment are put. Then the way of your tour aims at the getting to the height of 1756m above sea level. This is the location of the famous mountain lake Issyk. The lake is considered to emerge about 10000 years ago. The end of the day will be spent in the hotel.

Day 5: Almaty - Charyn - Almaty
We offer the opportunity to take a car in order to get to the Charyn Canyon, when the way will be going with the supply of water, snack, tea and coffee. The road to the canyon takes 4 hours, and all of the time you will be informed about the legends and myths of the sites and the country itself. It is possible to get closer traditions and customs of the people, along with taking amazing photos against unforgettable views. All during the trip it is possible to visit the local museum of art and craft. Coming to the canyon it is possible to see the panorama, the 2km maze of  the Castles Valley, Charyn River. We offer to visit the eco-park where yurts are set. And the tour will overwhelming and interesting.

Day 6: Flight
Transfer to the airport