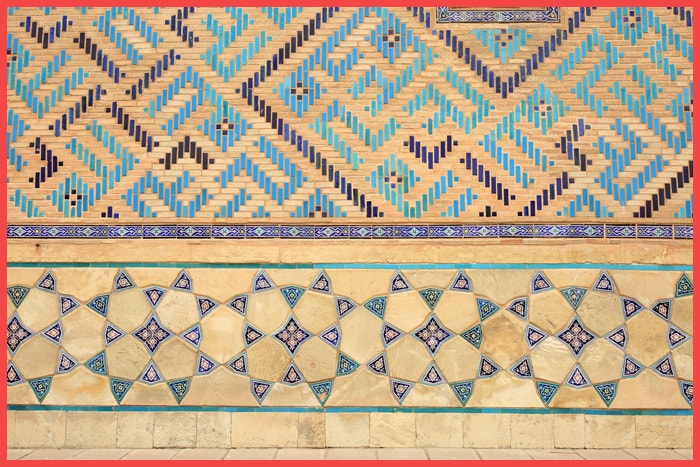 Day 1: Chernyaevka - Shymkent
Upon arrival to Chernyaevka border you will be met and transferred to Shymkent city for sightseeing tour. Here you will be able to see the walk of fame (park named after Sh.Kaldayakov), "Zher Ana" monument, Ordabasy square, Park "20 years of Independence of the Republic of Kazakhstan", Museum of Victims of Political Repression (30 minutes), Obelisk of Glory, Eternal Flame to the fallen in The great Patriotic War, Walk of Fame, Arboretum (stop for 20 minutes), Regional Museum (40-60 minutes). After exploring the major sights of the city you will spend the night ion the hotel.

Day 2: Shymkent - Turkestan
In course of the Kazakhstan life: Tour 8 you will head on to Otrar region to visit the Shaulder Settlement. You will explore such sights as Local History Museum "Otyrar", Arystan-Bab Mausoleum, archaeological site of the ancient settlement of Otrar. During the travel you will know that the Otrar was founded in IV century BC and used to be one of the centers of trade and craftsmanship on the caravan routes between Eastern Europe and China. Later on you will be transferred to other destination of the tour. Turkestan city appeared in 500 AD and was situated at the crossroads of caravan that passed from Samarkand, Bukhara and Khiva to northern Kazakhstan. Moreover this sight used to be the spiritual and political center of the Turkic-speaking people in the XVI-XVIII centuries. The one of the most interesting facts of this city is that it used to be the capital of the Kazakh Khanate. As pilgrims claims three trips to Turkestan equal small Hajj to Mecca. Here you will explore the "Azret-Sultan" historical and architectural complex, Mausoleum of Khoja Ahmed Yasawi, Turkestan ancient settlement, Necropolis, a fragment of the fortress wall, Citadel with gates, Hammam, Hilvet underground mosque. At the end of the tour is transfer to the hotel for overnight.

Day 3: Turkestan - Shymkent - Almaty
Today you will have a morning flight to the Southern capital of Kazakhstan where you will continue your Kazakhstan life: Tour 8. In course of the travel the first sight to visit will be the Almaty Museum as well as witness the Abai Opera and Ballet Theatre. Here you will enjoy its architecture and history. After it you will visit the one of the oldest parks in Almaty that is known as the Panfilov Park where on the territory of it you will explore the prominent sights like the Zenkov Cathedral and the Memorial of Glory and Eternal Flame as well as the Museum of Musical Instruments. Later on you will be transferred to the Green Bazaar that is popular even among local people. Here you will be able to see many interesting goods. Kok-Tobe hill will impress you by the winding paths of the park and the breathtaking panorama of the city that you can enjoy with the help of the special observation deck. To reach the center of Almaty you will ride the center of the city by the famous Almaty cableway.

Day 4: Almaty - Issyk Lake - Almaty
In course of the tour you will drive to the Medeo Gorge that is situated on the elevation of 1, 690 m. Here you will see the famous the highest mountain skating rink in the world and the dam. Here you will be able to take a lot of breathtaking sights of the area and breathe the fresh air.  After it you will see the Shymbulak ski resort area. After exploring it you will drive back by cable car. After it you will head on to the next destination of the travel to the Issyk Gorge that lies along the Kuldja tract. During the tour you will learn that many years ago trade caravans travelled. On the way you will have an excursion to the State Historical and Cultural Museum-Reserve "ISSYK". Here you will investigate the item that related to the history and culture of the Saka period, as well as the famous copy of Golden Man and golden items, ancient ceramics, weapon, elements of horse equipment. After it you will find yourself on the altitude of 1756 meters above sea level where the alpine lake Issyk lake is situated in the valley with the same name. Here you will be able to enjoy the breathtaking scenery of this area. Transfer to the hotel for overnight.

Day 5: Flight
Transfer to the Almaty International airport and departure.