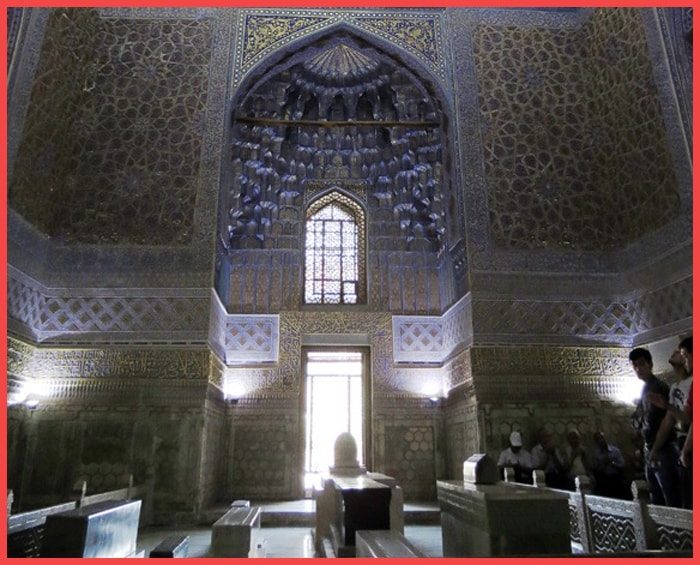 Day 1: Almaty
On coming to the city of Kazakhstan the guide will meet you and organize the city tour around Almaty. You will find out that this city is said to be the southern capital of Kazakhstan and due to it the people tend to have usually a great desire and wish to travel to it. One of the most visited places is the Green Bazaar where all can buy whatever they want, and do not forget to bargain for the goods you need. Here also the great popularity takes the park of Panfilov. Then the trip continues to the Memorial of Glory and Eternal Flame. We try to make your journey unforgettable and interesting, so the way to the Medeo gorge and Kok tobe hill is organized. The night is in the hotel.

Day 2: Almaty - Issyk - Almaty
Almaty is said to be an interesting city of Kazakhstan, and right from it we make a way along the Trans-Ili Alatau right to the Issyk Gorge. This is the site known for being the center of the trade caravans in the past. At the same time it is the region where the monument of the "Golden Man" is erected. It symbolizes the period of the Saka time. There is also the museum of the name of the gorge where various items of the ancient times are put, along with weapons and horse equipment. Then you are going to get higher, at the altitude of 1756 m above sea level. This was also the place of the natural disaster to happen in 1963. These and other facts will be known during the trip. The night will be in the hotel.

Day 3: Almaty - Bishkek
From one great city the guests are taken to the center of Kyrgyzstan. Bishkek is the city located at the height of 800m above sea level, but the country itself is located at the Tien Shan mountain range which takes 4,855 m above sea level. Then there will be the investigation of the city, when you will go along the Pobeda Square (Victory Square), Duboviy Park (Oak Park), Central Ala-Too Square, the National Arts Museum, National Philharmonic. The night will be in the hotel.

Day 4: Bishkek - Burana - Issyk Kul northern shore
In order to get to the famous Issyk Kul lake, there is a need to pass the Burana tower. It was created in the 11th century, and stone monuments were set around the tower. These are the souls of the ancestors of the ancient people protecting the land. The next point is the lake, which tends to be the pearl of the country, at the height of 1600m above sea level. All of the boarders usually have a desire to see this like by themselves. The night will be in the hotel.

Day 5: Issyk Kul Lake - Karakol
Travelling along the Issyk Kul region tyou can notice the city Karakol standing there. There are petroglyphs of about 800 B.C emergence. The shamans were the ones to put them on the walls. Going along the paths of the city you will be able to notice the religious sites as Dungan mosque and Orthodox Church. The guesthouse will be suggested for the night.

Day 6: Karakol - Jeti Oguz - Issyk Kul southern shore - Bishkek
Near Karakol there is the natural creation Jeti Oguz gorge. Or the Seven Bulls. People of these territories of Kyrgyzstan consider there are legends of its creation. And all of the facts will be given to you during the trip. Also, close to it there is the mountain of the Broken heart.             Then take a ride to the Bokonbaevo village and witness the eagle hunting show. The knowledge goes throughout generations. The night will be spent in the hotel.

Day 7: Bishkek - Osh - Guliston - Khudjand
From the capital of Kyrgyzstan the group will be taken to the city of Osh, and there the Suleiman Mountain will be visited. It is the center of pilgrimages, the site with an interesting legend background. Also, it is located close to the Tajikistan boarder, our next point of a tour. On the way the boaders travel along the Batken region and get to know the unique flower Aigul. Then we find ourselves on the way to Khujand city, the city of the 149, 000 population. It is found on the Syr Darya River. Then the members of the group take a ride to the city of Khujand, now the city of Sugd. There is a cultural palace there, required for visiting. And the main building of the city is Central Mosque. The night will be in the hotel.

Day 8: Khudjand - Iskanderkul Lake
During the trip along Tajikistan the guests are taken to the Iskanderkul lake. It is the high altitude lake, of about 2 255 m above sea level. It is the lake which belongs to the system of Fann Mountains. The waterfall can be seen in case you travel in 40 minutes from the lake. It is known that there are about 1 000 rivers, 2 000 lakes and 8000 glaciers in the country. The homestay is offered to spend the night.

Day 9: Iskanderkul - Penjakent
The next destination of the trip is Penjakent. In order to get there it is necessary to go along the Shahriston pass. The height of the pass is 3 378 m. This is the city which is also known as the five villages, takes the history in 5-8 centuries AD. The city is found at the river Zeravshan, the center of Sogd. Now this places is known as "Central Asian Pompeii". In the ancient times there were temples, markets and statues of gods. For now the people come here in order to worship the times of the old. The night will be in the hotel.

Day 10: Penjakent - Jartepo - Samarkand
Today we are going to cross the border, from Tajikistan we get to Uzbekistan. This tour is rather breath-taking, and the transfer to Smarkand will be organized. The night is ordered in the hotel. For the guests to feel comfortable during the trip.

Day 11: Samarkand
The guests are always amaxed by the greatness of the city Samarkand. As it is one of the largest cities of Uzbekistan and tends to be located on the river Zerafshan. The history tells that it takes the history of Rome. And being in Uzbksistan the following places are recommended for seeing - Registan square, Shakhi-Zindeh, Mausoleum Guri Emir and Bibi Khanum Mosque. The square is the largest one, and complies the three Madrasahs. They are of 15-17th centuries emergence. The second of the list is the complex which is said to be the one consisting of mausoleums of 11th-15th centuries. The night will be in the hotel.

Day 12: Samarkand - Bukhara (Morning train transfer)
Today the trip goes on the train in order to get to Bukhara. The investigation of the city starts with Citadel Ark. It is said to be one of the most ancient places, of about 4th century. At the same time it gets the history of several dynasties of Bukhara Empire. The Samanids mausoleum comprise the works of the 9th and 10th centuries. The guests than get to Chashma Ayub and Bolo-Hauz mosque, Nodir Divan Begi. The latter one is considered to be the part of Lyabi House Ensemble. Moreover, you will see the buildings of 12-16th centuries - Kalon minaret, Kalon mosque and Mir Arab Madrasah. The night will be organized in the hotel.

Day 13: Bukhara - Tashkent (Morning train)
The train is again the way of getting to the next destination. Tashkent is the city where the Independence square is located and it takes to be the important site for the trip. This is considered to be created in honor of victory in World War II. The local Broadway is the destination of the trip for the guests to immerse in nature of the local life. Then we get to the Chorsu Bazaar, Kukaldash Madrasah and Hast Imam complex. This is a religious city, which gets the people to attend madrasahs, mosques and mausoleum. The night will be in the hotel.

Day 14: Tashkent - Departure
The last day of the trip starts with breakfast in the hotel, and then the transfer back to Tashkent international airport.

Entrance fees in UZ* (with escort guide only) - $35 per group