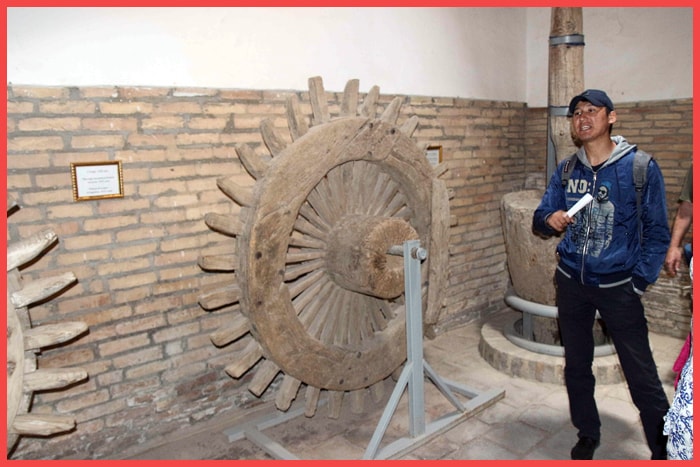 Day 1: Tashkent - Urgench - Khiva
The beginning of the tour in Uzbekistan starts in Tashkent. You will be taken to the hotel, where there will be the overnight. Then in the morning the guests will be on the way to Urgench and Khiva. This is going to be the trip along the ancient city of the country, one of the oldest ones. The following places are must-see when you travel in Khiva - Ichan-Qala, the city in the city. It is surrounded by the thick walls. At the same time it is the home for the mosques and buildings of the ancient times. These are Madrasahs, Mausoleums, Minarets, Caravan-Sarais and Bathhouses, Ichan-Qala and more than 60 other buildings are in the list of wished places to see. Today the guests will be invited for the sightseeing along Kunya-Ark fortress - the 17th century creation, where the palace of Muhammad Arang Khan, Kalta Minor minaret and Tash Khouvli located. The night will be in the hotel.

Day 2: Khiva - Bukhara
The next day you will get to Bukhara, the city known as the "town of museums". This city used to be rather popular for 140 monuments of architectural meaning. This city is interesting for narrow streets, green gardens, and various buildings of architectural significance. There is the road Khiva - Bukhara along which the guests are going to see the buildings of different epochs, on the way to Kizilkum desert, passing the Amu Darya river. The night will be spent in the hotel, for you to have a rest before the next day.

Day 3: Bukhara
One of the most popular places of Uzbekistan is Bukhara city. It was created in the 4th century. The guests who travel here tend to name it as the locals do - Citadel Ark. Our members of the team are glad to identify that it is the Samanids mausoleum in the past, emerged in 9-10th century.  The tour will be going along Bolo-Hauz mosque, then Nodir Divan Begi madrasahs. Being the Lyabi House Ensemble, this is one of the famous sightseeing places. The day will come to the conclusion of seeing Poi Kalon complex, created of three parts - Kalon minaret, Kalon mosque and Mir Arab Madrasah. Our team will order the night in the hotel.

Day 4: Bukhara - Samarkand
In the very morning the boarders will have to get to the train in order to get to Samarkand. This is the city, located in the valley of Zerafshan river. This city is considered to be the second largest one in the entire Uzbekistan, known as the city of Babylon or Rome in the ancient times. The tour will be oriented on the investigation of Registan square - the building consisting of religious schools for Muslims created in 15-17th centuries, Shakhi-Zindeh - the building of 11-15th century mausoleums, Mausoleum Guri Emir and Bibi Khanum Mosque. Most of the places are in the list of UNESCO World Heritage. The night will be in the hotel.

Day 5: Samarkand - Tashkent
We get to train again and return to Tashkent. The city tour awaits you. Being in Uzbekistan you are going to travel along Independence square, local Broadway, Amir Timur square. The first one is created in honor of the victory in WW2. The local Broadway is the street of the oldest times style. Moreover, the guests will be able to take a ride along Famoun metro, the first line of which of open in 1977. Getting to the oldest part of the city the boarders are going to see the Chorsu Bazaar, Kukaldash Madrasah and Hast Imam complex. The night will be organized in the hotel.

Day 6: Tashkent - Departure
The last day of the tour will start with breakfast in the hotel. Then our driver will take to Tashkent international airport , where you start your trip back home.

Service does not include:
- Visa
- Full board
- Travel insurance
- English speaking guide
- Entrances to all museums
- Flight tickets Tashkent - Urgench